Just like a good movie that is made at the editor’s studio, post-processing kinematics (a.k.a PPK) in drones stitches up all the images it collects during a survey flight to produce the most accurate picture. Like everything else, PPK developed over a period of time to make up for the gaps that previous surveying techniques had.

From the good old radio that occupied a big place in your grandfather’s heart (and on his table), to the present day wearables that put you in touch with satellites thousands of miles away in space, technological evolution in civilian parlance has been an offspring of dedicated, systematic and relentless research for military and security applications. The Internet (which enables you to gain this piece of knowledge at the click of a button) is also not an exception as it was conceived as ARPANET at the Department of Defense (DoD), before it took the present form. Now, Unmanned Aerial Vehicles (UAVs) are very much a part of the civilian world. UAVs, more affectionately called “The Drones”, hitherto employed in military, surveillance and security roles now pride themselves with new-found applications in a variety of fields. Their employability has uncovered a whole new dimension. Although the scope of implementation of this technology is virtually infinite, challenges are aplenty. One such challenge in the employment of drones for aerial survey applications – the processing of captured images, in other words, making sense of the sight beheld – is something that we need to focus on.

Drones are now an excellent resource for surveying- Be it geological, agricultural or archeological, drones offer unparalleled advantages in terms of time-area economy, simplicity and versatility in usage and cost-effectiveness. A typical application in its simplest form would entail capturing multiple images of requisite resolution over a predetermined area and time of flight for accurately mapping the area for processing and analysis.

‘Kinematic data’ is what the drone captures on the move. This is the full extent of how a drone is collecting data on its flight, and these methodologies evolved over a period of time to ensure positional correction while generating an output.

1. Ground Control Points (GCP) is the first solution to be implemented. They are placed conspicuously at accurate locations on the ground. While these are beacons for ensuring a stable flight, they help to calibrate an accurate picture for the survey.

2. Real-Time Kinematics (RTK): Real-time Kinematics does not require the use of GCPs, although it can happen when GCPs communicate their geotagged locations among themselves. In RTK, the drone can do its job simply by communicating with the base station. There is a transmitter in the drone that receives this information as well and it enables the drone to stay in its required flight path. With the relative position from the base station, the drone’s position is corrected in real-time.

3. Post-Processing Kinematics (PPK): PPK is not an independent implementation, instead, a modified workflow of RTK. A PPK drone collects location data independently and doesn’t rely on real-time data correction. After the survey, the timestamps of the two datasets are used to merge the data and make post-process adjustments. Drones that process data using RTK or PPK do have the same hardware. Data collected by an RTK drone can still be used in a PPK process when it is heavily corrected. But using a PPK enabled drone gives best results for a PPK process.

PPK vs RTK: Why choose the former

For the purpose of creating accurate surveys, PPK might hold the answer to eliminating errors over RTK.

One major drawback of RTK mapping is the requirement to maintain robust, reliable and uninterrupted communication with the base station. This significantly affects survey in populated areas with natural/artificial structures. Further, radio interference from other sources (FM towers, Cellular networks, etc) is also a real concern. Ensuring absolute communication reliability would entail either reduction in the area of survey or bringing back GCPs to validate the data. That is counterintuitive to using RTK, because RTK surveying is meant to eliminate the need of GCPs.

This drawback is surgically addressed by the PPK mapping technique as it does not require communicating with any external entity. The absence of onboard data reception, comparison, and calibration greatly reduces the performance latency in the drone, resulting in higher accuracy.

Since the processing of data is not local to the drone, you can use high-capacity processors without worrying about payload requirements. The difference in the results is quite significant due to this difference in data processing technologies; errors in the RTK models can vary from a few feet to a several meters, whereas the inaccuracies of PPK survey results are as tiny as 2-3cm of the actual dimensions.

PPK allows for more flexibility in terms of survey execution. When the drone doesn’t have to rely on maintaining constant communication links with GCPs or a base station, the survey can happen in areas even if there are plenty of obstacles. Also, PPK drones provide higher flexibility in the drone’s flight patterns. For an RTK drone to perform to the best of its abilities, it must follow a pre-plotted flight path which is optimized to make it easier for the photogrammetry softwares to do their job as quickly as possible. Since the stitching of data happens post-flight for PPK drones anyway, they are not confined to any particular flight path and can freely collect photographic data, and the pilot can map the area to his satisfaction.

The data collected by a PPK drone is also priceless because it is reliable enough to compare with historic and future data.

PPK surveys are great for urban areas where RTK surveys are ineffective. Pix4D conducted a survey and concluded that RTK can only be about 71% accurate in urban areas. The remaining 29% was not corrected in real-time and just became “floating” RTK data.

In short, a drone with PPK workflow capabilities will be better than an exclusively RTK-enabled drone on any day. It’s crucial to use PPK workflows to bring reliability and robustness in data handling. It provides adequate flexibility in where a mapping survey can be conducted. 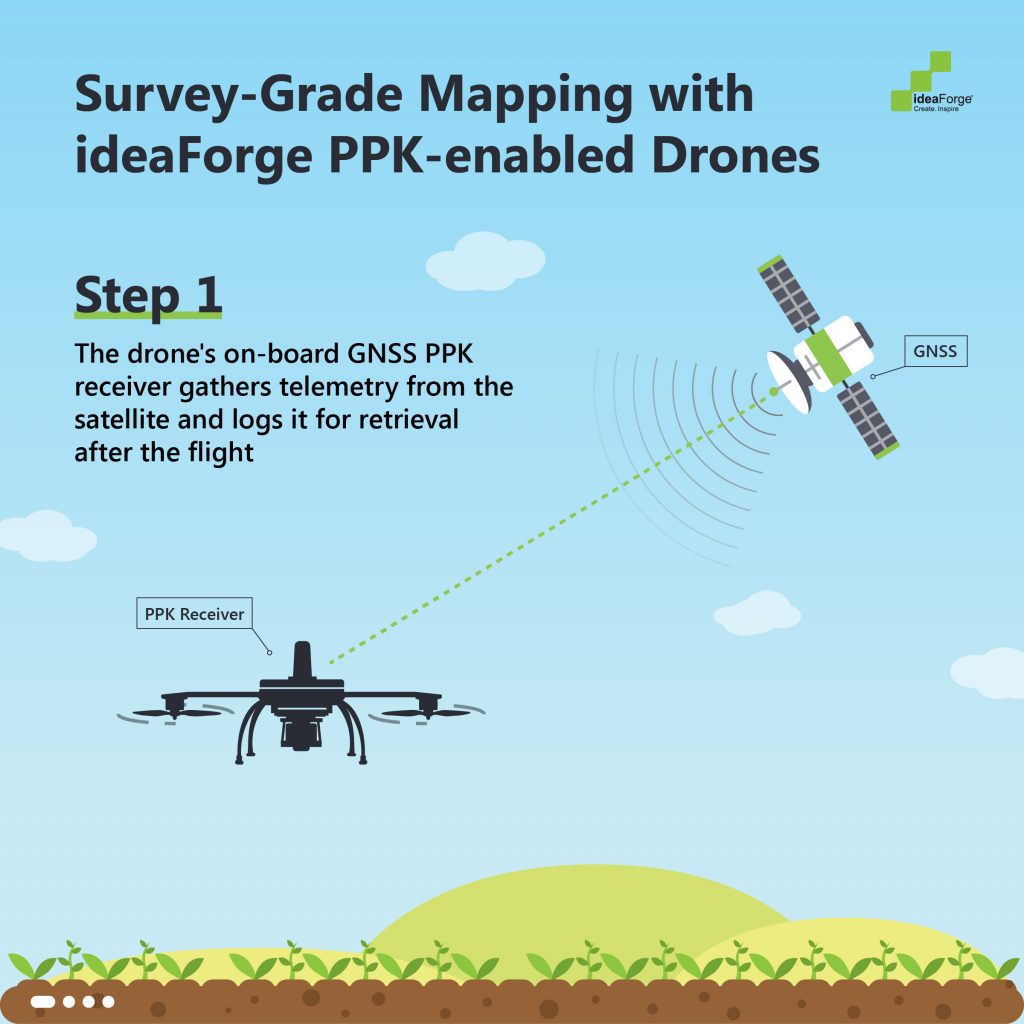 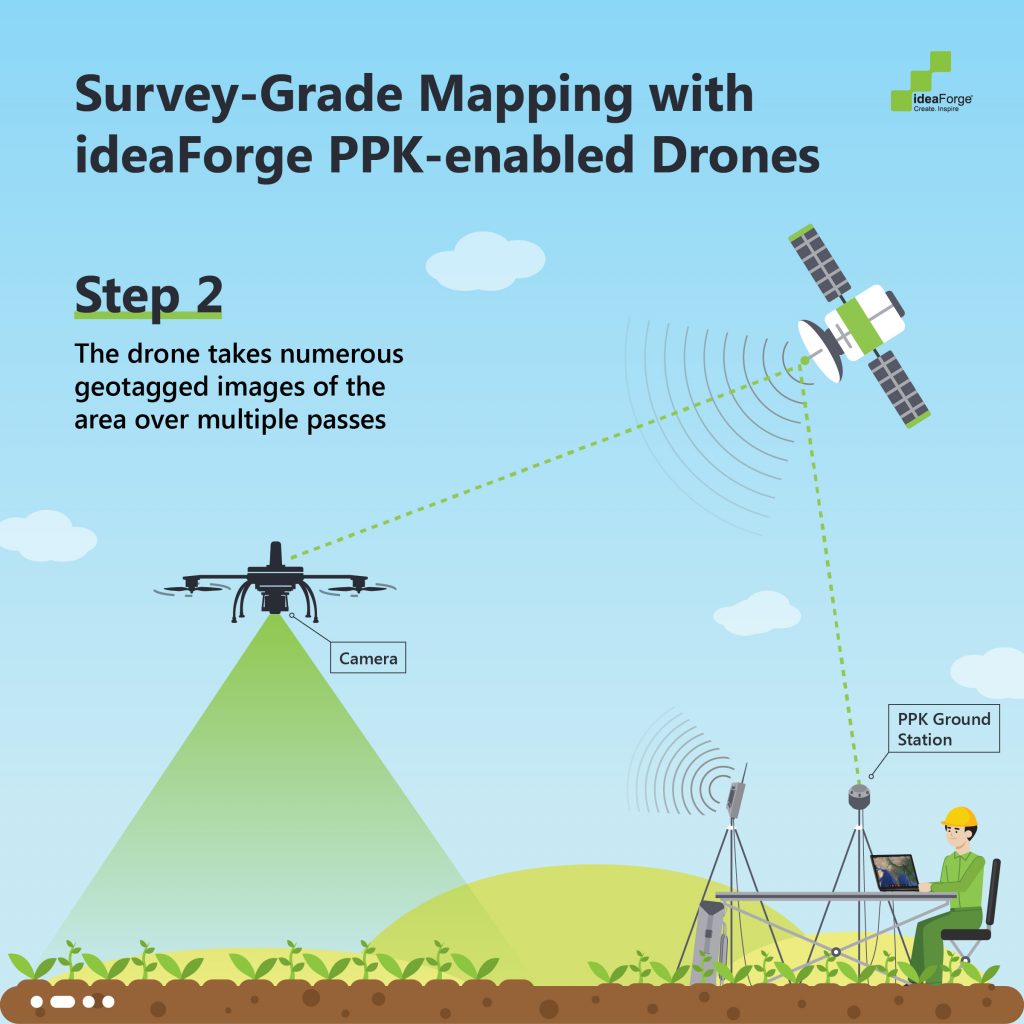 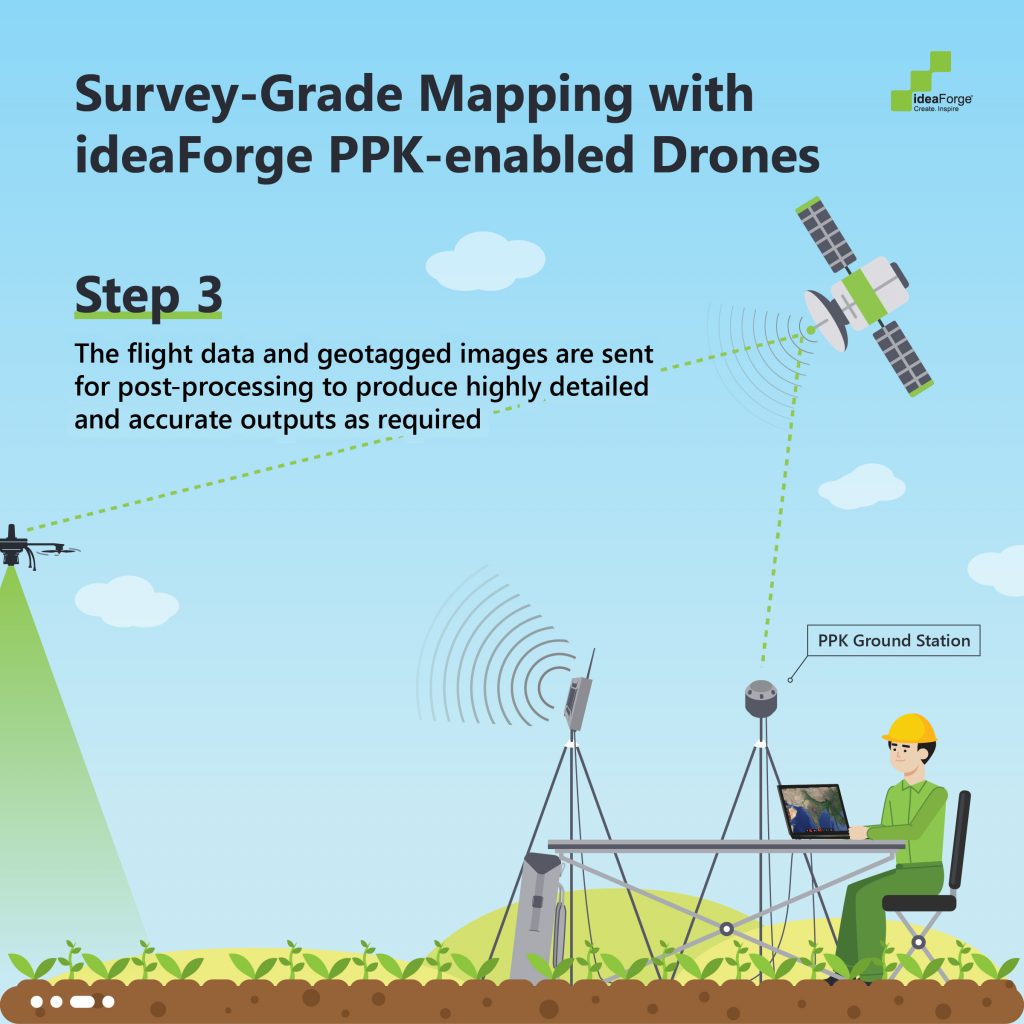 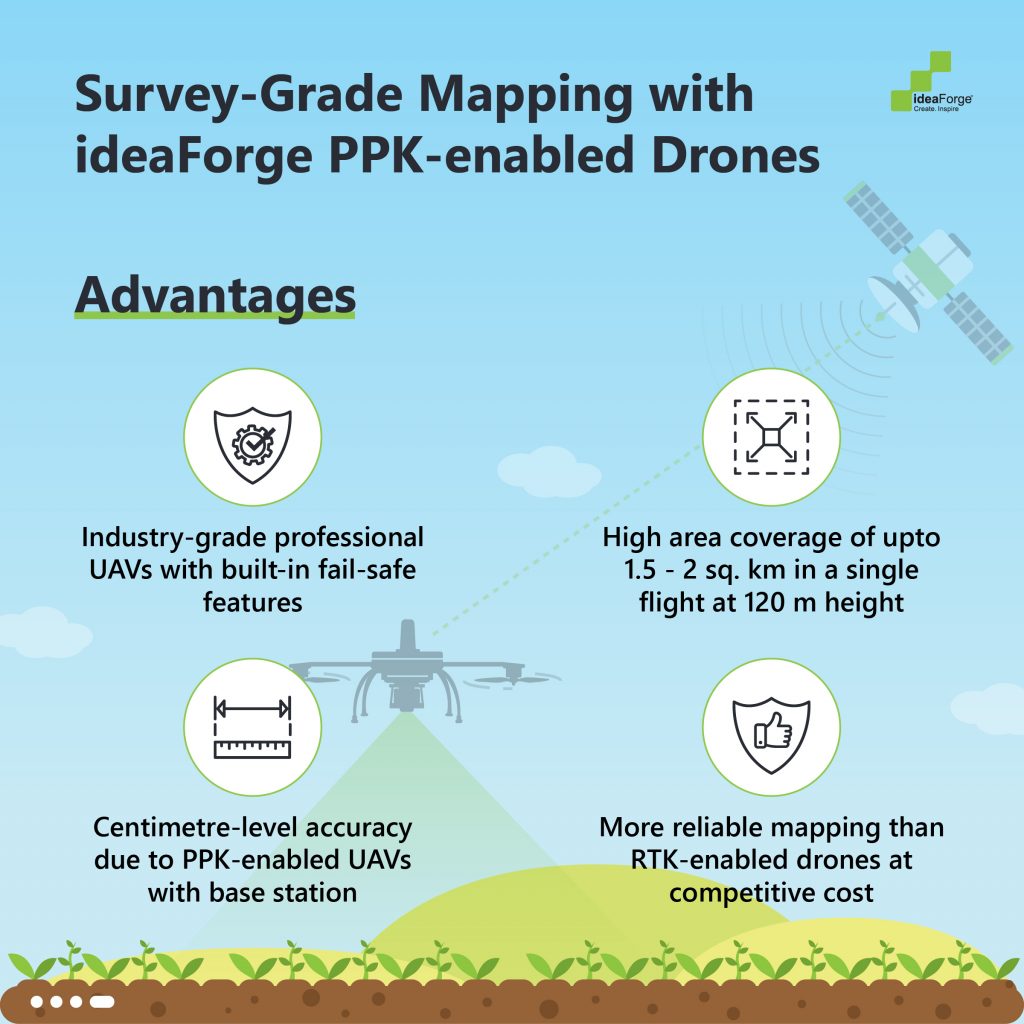 What does one choose?

Sometimes, it’s desirable to make real-time corrections to data. But in real-world conditions, it isn’t feasible. That’s why PPK comes out as a better alternative to RTK. In dense areas (whether its buildings or even vegetation), drones can’t get reliable and constant signals from the base station. So you can’t really expect RTK drones to deliver with complete accuracy.

On the other hand, PPK drones can work in any environment. Data collection can happen more reliably because the data is processed post-flight in any case.

Data collected on the ground is still valuable. So, GCPs will remain relevant in mapping and surveying, only to the extent of validating RTK data.

If the survey areas are exceptionally large, we can always combine PPK and RTK functions. There will be a few GCPs on the ground that can validate the data collected. This will maintain accuracy at a very high level. This is reliable data even if the survey area is far from the base station.

Using PPK will continue to be the easier thing to do, given that it provides a highly accurate output with fewer dependencies to GCPs.